In economics, a commodity is a marketable item produced to satisfy wants or needs. Economic commodities comprise goods and services. The exact definition of the term commodity is specifically used to describe a class of goods for which there is demand, but which is supplied without qualitative differentiation across a market. A commodity has full or partial fungibility; that is, the market treats its instances as equivalent or nearly so with no regard to who produced them. As the saying goes, “From the taste of wheat, it is not possible to tell who produced it, a Russian serf, a French peasant or an English capitalist.” Petroleum and copper are other examples of such commodities, their supply and demand being a part of one universal market. Items such as stereo systems, on the other hand, have many aspects of product differentiation, such as the brand, the user interface and the perceived quality. The demand for one type of stereo may be much larger than demand for another. In contrast, one of the characteristics of a commodity good is that its price is determined as a function of its market as a whole. Well-established physical commodities have actively traded spot and derivative markets. Generally, these are basic resources and agricultural products such as iron ore, crude oil, coal, salt, sugar, tea, coffee beans, soybeans, aluminum, copper, rice, wheat, gold, silver, palladium, and platinum. Soft commodities are goods that are grown, while hard commodities are ones that are extracted through mining. There is another important class of energy commodities which includes electricity, gas, coal and oil. Electricity has the particular characteristic that it is usually uneconomical to store; hence, electricity must be consumed as soon as it is produced. Commoditization occurs as a goods or services market loses differentiation across its supply base, often by the diffusion of the intellectual capital necessary to acquire or produce it efficiently. As such, goods that formerly carried premium margins for market participants have become commodities, such as generic pharmaceuticals and DRAM chips. The New York Times also discusses multivitamin supplements as an example of commoditization; a 50 mg tablet of calcium is of equal value to a consumer no matter what company produces and markets it, and as such, multivitamins are now sold in bulk and are available at any supermarket with little brand differentiation. Following this trend, nanomaterials are emerging from carrying premium profit margins for market participants to a status of commodification. There is a spectrum of commoditization, rather than a binary distinction of “commodity versus differentiable product”. Few products have complete undifferentiability and hence fungibility; even electricity can be differentiated in the market based on its method of generation (e.g., fossil fuel, wind, solar), in markets where energy choice lets a buyer pay more for renewable methods if desired. Many products’ degree of commodification depends on the buyer’s mentality and means. For example, milk, eggs, and notebook paper are considered by many customers as completely undifferentiable and fungible; lowest price is the only deciding factor in the purchasing choice. Other customers take into consideration other factors besides price, such as environmental sustainability and animal welfare. To these customers, distinctions such as “organic versus not” or “cage free versus not” count toward differentiating brands of milk or eggs, and percentage of recycled content or Forest Stewardship Council certification count toward differentiating brands of notebook paper.

He operated as a financial & alternative investment advisor to delegates of the UN, World Health Organization, and senior managers of Fortune 500 companies in Geneva Switzerland, after the 2008 financial crash.

Today he is head of operations and marketing for Ascenture Capital Group. 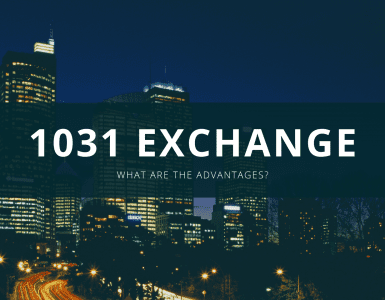