A hedge fund is an investment vehicle and a business structure that pools capital from a number of investors and invests in securities and other instruments.

It is administered by a professional management firm, and often structured as a limited partnership, limited liability company, or similar vehicle.

Hedge funds are generally distinct from mutual funds as their use of leverage is not capped by regulators and from private equity funds as the majority of hedge funds invest in relatively liquid assets.

Hedge funds invest in a diverse range of markets and use a wide variety of investment styles and financial instruments.

The name “hedge fund” refers to the traditionally used hedging techniques, but hedge funds today do not necessarily hedge.

Hedge funds are made available only to certain sophisticated or accredited investors and cannot be offered or sold to the general public. As such, they generally avoid direct regulatory oversight, bypass licensing requirements applicable to investment companies, and operate with greater flexibility than mutual funds and other investment funds.

However, regulations passed in the United States and Europe after the financial crisis of 2007–08 were intended to increase government oversight of hedge funds and eliminate certain regulatory gaps.

While hedge funds have existed for many decades, they have become increasingly popular in recent years, growing to be one of the world’s major investment vehicles and sources of capital. Hedge funds are most often open-ended and allow additions or withdrawals by their investors (generally on a monthly or quarterly basis).

A hedge fund’s value is calculated as a share of the fund’s net asset value, meaning that increases and decreases in the value of the fund’s investment assets (and fund expenses) are directly reflected in the amount an investor can later withdraw.

Many hedge fund investment strategies aim to achieve a positive return on investment regardless of whether markets are rising or falling (“absolute return”).

Hedge fund managers often invest money of their own in the fund they manage, which aligns their interests with those of the investors in the fund.

A hedge fund typically pays its investment manager an annual management fee (for example 1% of the assets of the fund), and a performance fee (for example 20% of the increase in the fund’s net asset value during the year). Some hedge funds have several billion dollars of assets under management (AUM). Hedge funds represented 1.1% of financial institutions’ total funds and assets. As of June 2013, the estimated size of the global hedge fund industry was US$2.4 trillion. 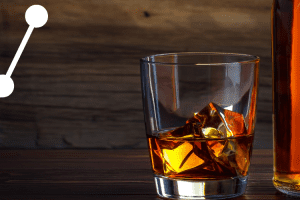 how to earn a healthy return investing in whiskey 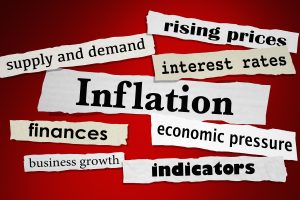