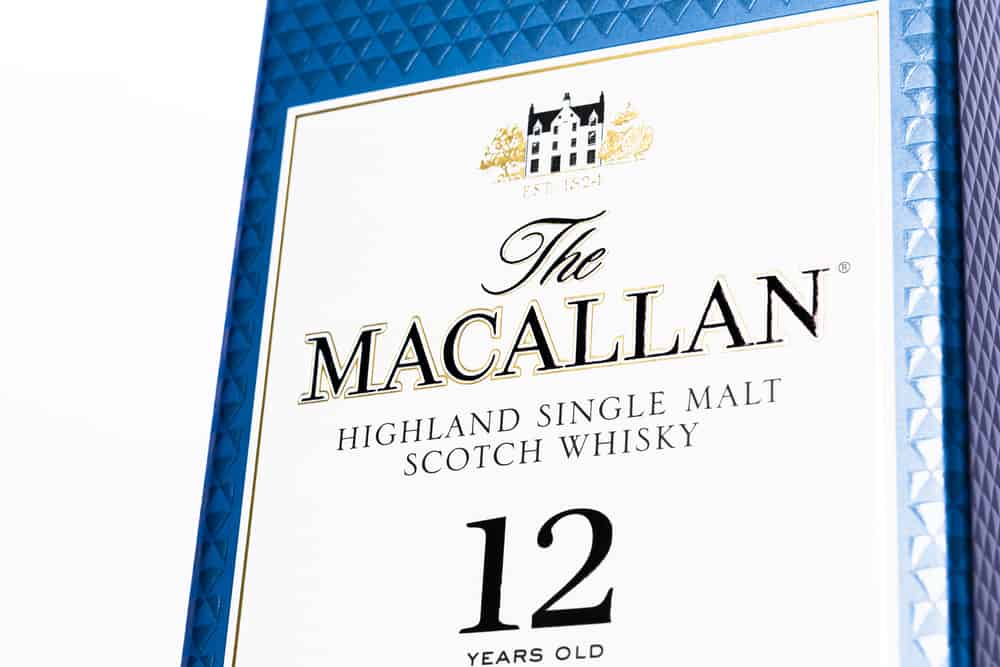 The Macallan distillery is a single malt Scotch whisky distillery in Craigellachie, Moray.

The Macallan Distillers Ltd, is a wholly owned subsidiary of the Edrington Group which purchased the brand from Highland Distillers in 1999.

In 2009, The Herald reported that Macallan was “the world’s third largest-selling single malt (behind Glenfiddich and Glenlivet) with over 500,000 cases a year, and second largest by value”.

The Scotsman published a quote from Ken Grier on 16 August 2009, stating: “We have now overcome Glenfiddich to move into the second biggest selling single malt by volume behind Glenlivet”.Lyons, William. “Macallan has a taste for global domination”.

In 2011, Edrington Group reported that prior-year sales of The Macallan were up 8% to over 700,000 cases and the BBC also reported that an office was being opened in New York to continue growth in the American market.BBC. “Whisky firm Edrington reports profits surge”.

Since the Scotch Whisky Regulations 2009 came into force labelling of bottles of Scotch whisky has been regulated.

Under the regulations, the “Speyside” designation can only be used by distilleries in certain wards (but not Craigellachie) in the traditional Speyside region. Despite this, whisky authorities (among them the writer Michael Jackson) typically consider The Macallan a notable Speyside Single Malt.

Currently produced bottles of The Macallan indicate it is a Highland Single Malt, while the website for the brand indicates that The Macallan’s stills are the “smallest on Speyside.”Originally, The Macallan was matured only in oak sherry casks brought to the distillery from Jerez, Spain. Beginning in 2004, The Macallan introduced a new main product, the Fine Oak series, with the whisky mellowed in bourbon oak casks as well as sherry ones.