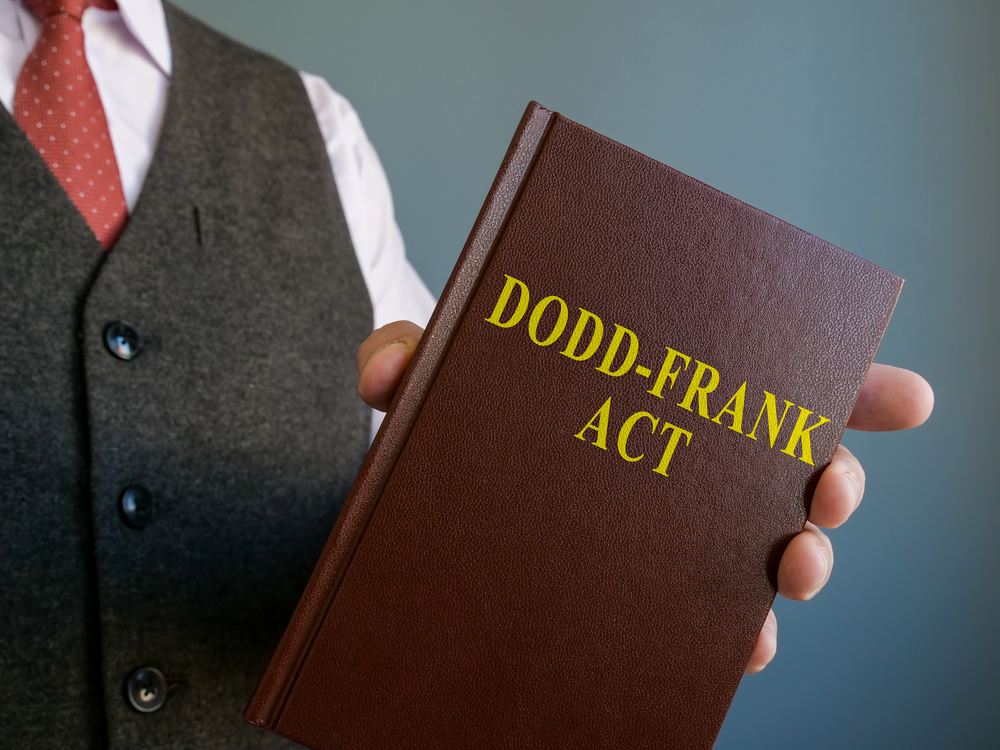 The Dodd–Frank Wall Street Reform and Consumer Protection Act (, ; commonly referred to as Dodd-Frank) was signed into federal law by President Barack Obama on July 21, 2010 at the Ronald Reagan Building in Washington, DC.

Passed as a response to the Great Recession, it brought the most significant changes to financial regulation in the United States since the regulatory reform that followed the Great Depression.

As with other major financial reforms, a variety of critics have attacked the law, some arguing it was not enough to prevent another financial crisis or more bailouts, and others arguing it went too far and unduly restricted financial institutions.

The law was initially proposed by the Obama Administration in June 2009, when the White House sent a series of proposed bills to Congress.

Due to their involvement with the bill, the conference committee that reported on June 25, 2010 voted to name the bill after the two members of Congress.